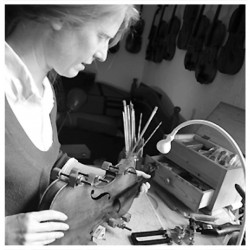 Anja Kuch is a luthier specialising in the repair and restoration of violins, violas and cellos including for a few days each week, for the Royal Academy of Music. This can include minor corrections such as gluing a seam or sound post adjustment to major reworking of the instrument.

Anja was born in Rothenburg ob der Tauber, Germany into a musical family. She started to learn the violin at the age of seven and is an enthusiastic chamber and orchestral musician. At the age of 22 Anja qualified as a staff nurse and pursued a hospital career for four years. During this time she continued her violin studies – first in Bavaria, and then with Professor Ronald Masin at the Young European String's School of Music in Dublin.

In 2013, Anja decided on a career change. Following work experience with violin maker Michel de Hoog in Dublin, she was awarded a place at the Newark School of Violin Making. This gave her focussed time in an inspiring environment to learn the skills of restoration and repair. Sincegraduating in 2006, Anja has been working for professional workshops and private clients as a freelance repairer and restorer. For seven years she taught violin at St Hugh's Prep School in Woodhall Spa, Lincolnshire. In early 2018 she started working part-time at the Royal Academy of Music repairing and maintaining instruments from the Academy’s collection. She especially enjoys working with a group of other violin makers.

In the summer of 2020 Anja was offered a studio at Grandey’s Place where she hopes to grow her business and build on her skills.

Anja is a specialist in the restoration and repair of violins, violas and cellos. Instruments need to be individually assessed to discover the extent of any damage or wear and tear. She offers her advice to find the best solution for each individual.

Sometimes an instrument may not be perfoming at its best and may require some adjustment. This can include a new bridge fitting or correct repositioning of the soundpost. Small adjustments can make a big difference to the tone and ease of playing your instrument.

Anja purchases violins which she restores for sale. She is also able to source instruments to an indvividual’s requirements and prices range. If interested in purchasing a violin, please contact Anja for more details.

Are you or someone you know interested in learning to play the violin? Anja is an experienced and patient tutor teaching at beginner and intermediate level. 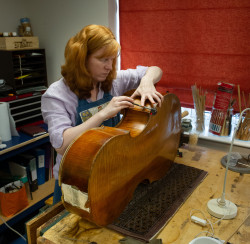 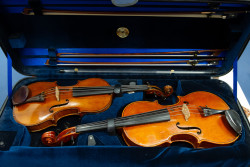 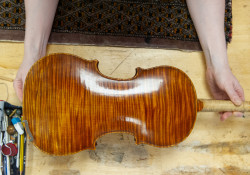 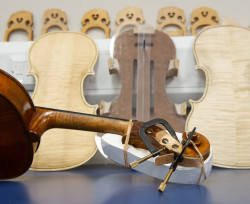 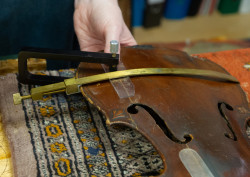 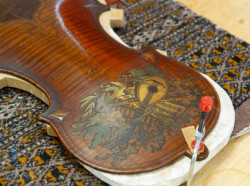 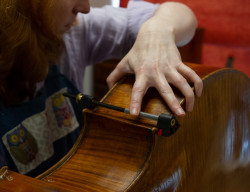